Have yourself a nautical embrace
4 guests 2 beds 30m2

Sorry UK blokes, the UK85 doesn’t have any link to your kingdom. To the contrary, the oh so Dutch UK85 was not even designed to make it across the sea. On our wharf, and in Dutch fishing tradition, UK refers to the harbor village of Urk. Once a small island in the former Zuiderzee, now swallowed by a polder called Flevoland, Urk still hosts the biggest fishing fleet of the Netherlands. What the UK85 might lack in seaworthiness it totally makes up for in coziness. The boat has a really authentic feel to it. When below decks the original wooden interior, with inspiring Bohemian touches from the 70’s, immediately embraces you like a warm winter coat. The two separate bedrooms make this the ideal ship when traveling with children. If you’re comfortable with living in a small and adventurous boat this is the boat for you!
Year: 1922
Type: North Sea Botter
Size: 18×5 meters

The UK85 is a so called ‘Botter’. Botters were designed to catch fish in the former Zuiderzee and the coastal areas of the North Sea. The first Botters were built during the second half of the 18th century. Oak has been used for the construction of the hull while the forward deck is made of less slippery pine wood. The front of the ship, the bow, is quite high creating room for sailors to stand up straight when moving around below deck. In the stern of the ship there’s three casks with perforated sides allowing the outside water to flow freely through. The fish, caught with large nets, were kept alive and fresh in these casks making it possible for the Botter to extend its fishing-time. Nothing other than wind was used to go places. When winds were low an additional ‘monkey’ functioned as an extra sail adding some horsepower. 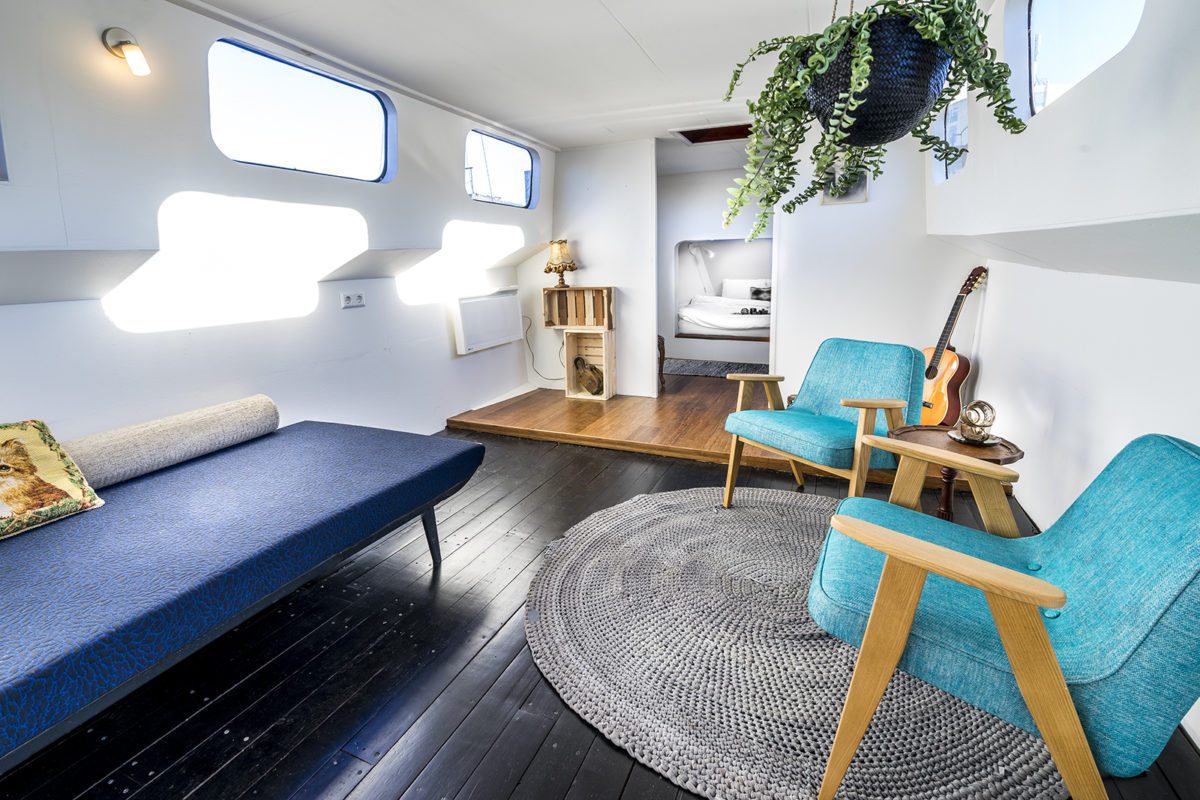 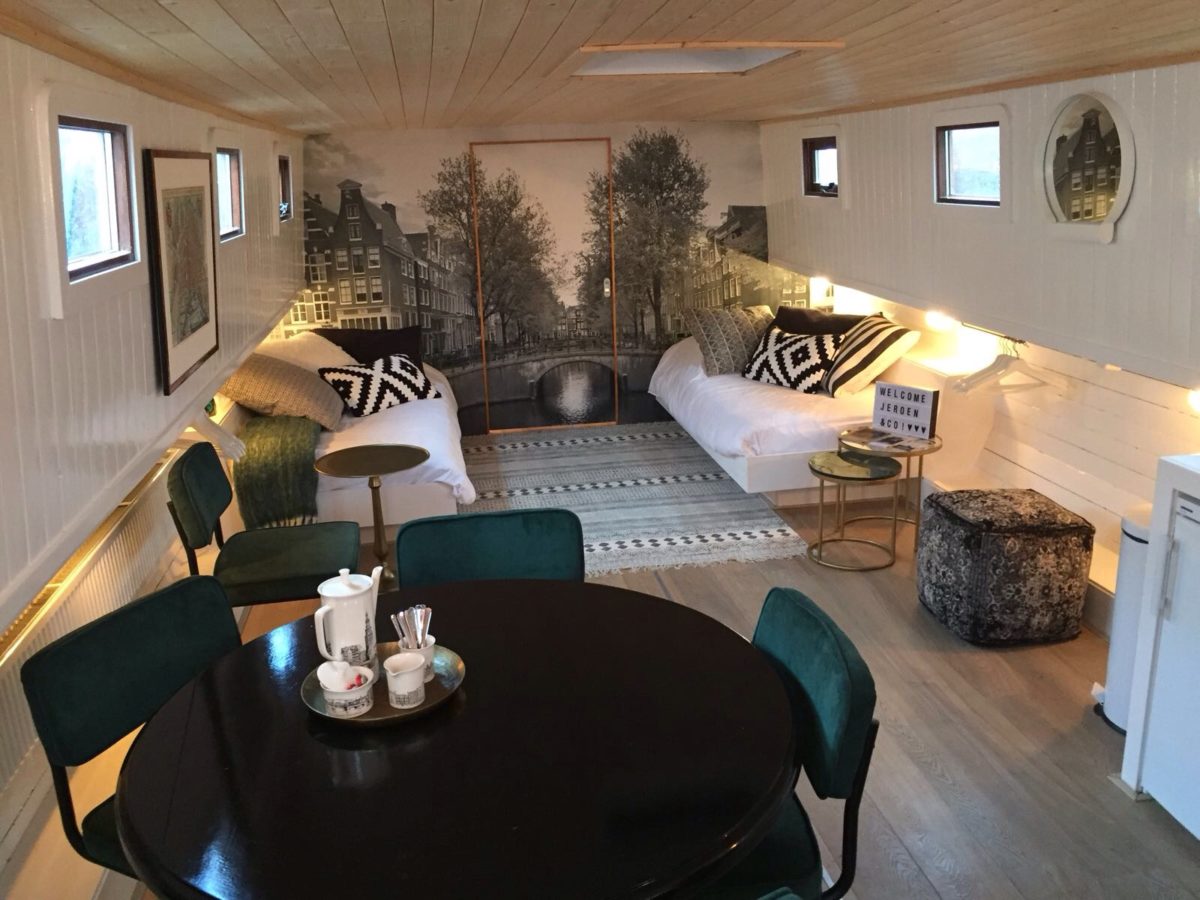 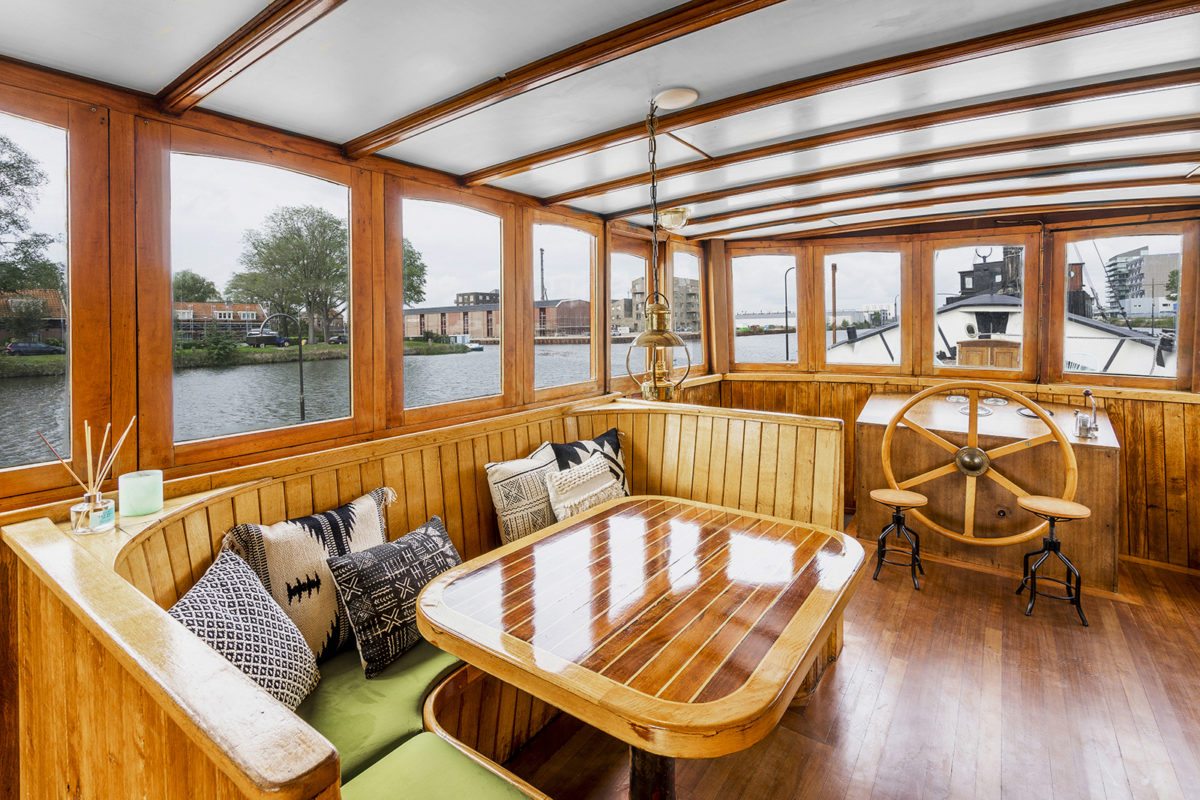 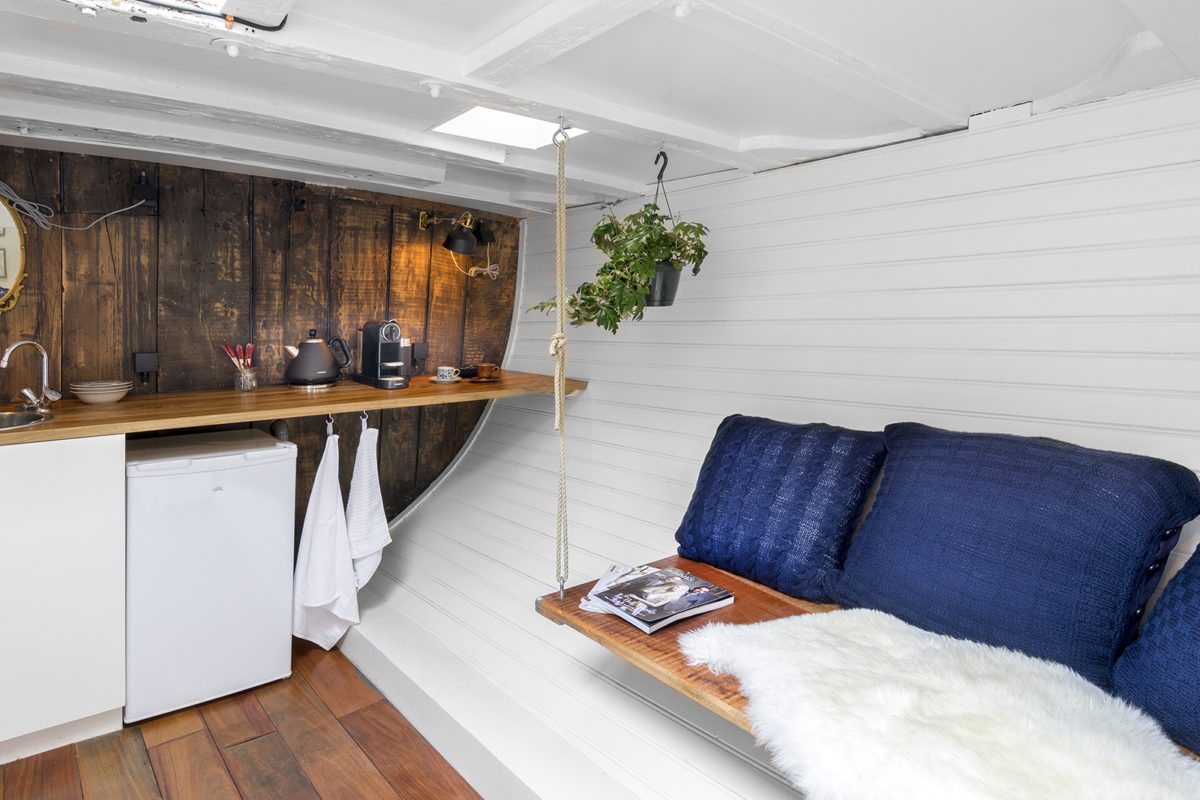 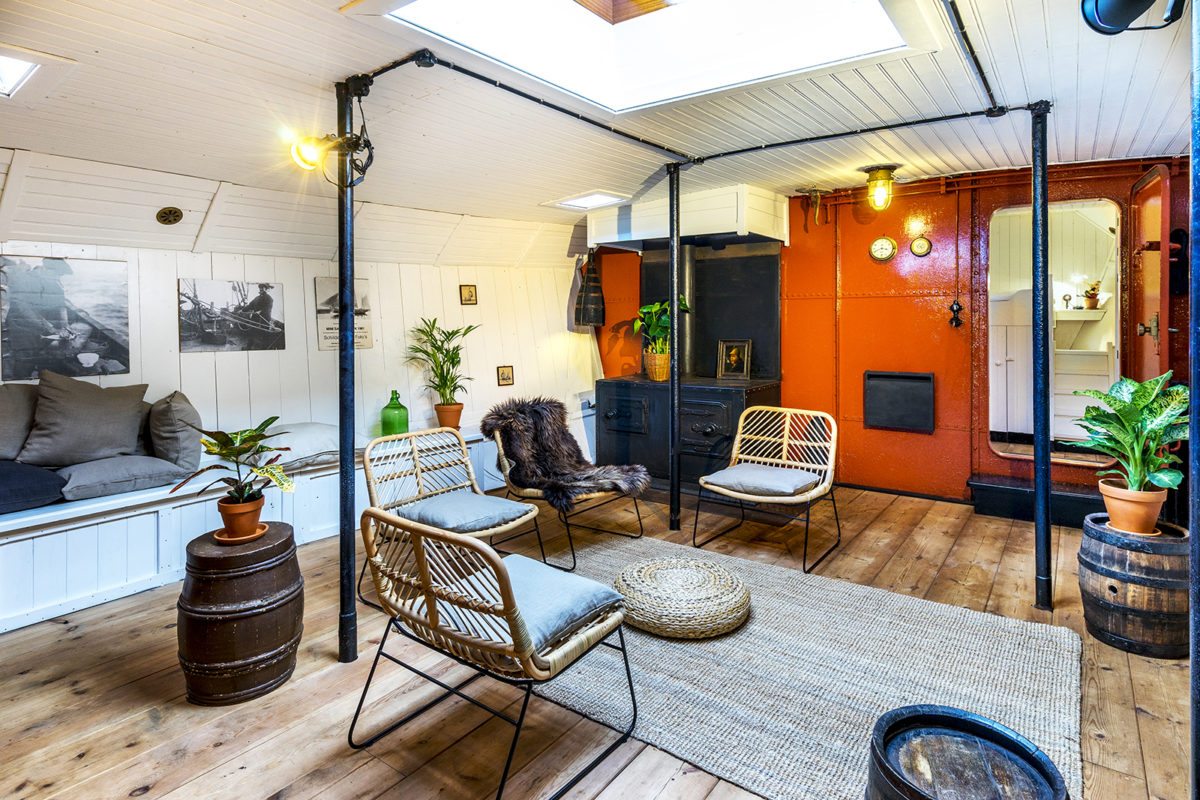 COVID-19 update: Hotel Asile Flottant is open and a safe haven! book your own private boat, your private entrance and your private outside space! Read more here
↑